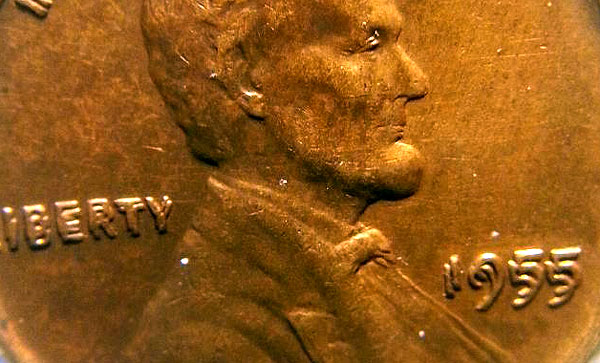 Got this incredible note from a fellow coin collector this week – can you imagine???

It’s been a couple months since we last chatted, hope you and your family are all well. So I think we left off just before I got my $1,000 worth of half dollars. Long story short, first box not a notable one in all 50 rolls, just a couple of upgrades in the book. As for the second box, much better: a 1966, 67, and 69, as well as a 71 proof, an 81 proof, and another Goldie from 73. So it was much more entertaining, got another order on the way.

[Editor’s note: you can find the start of this convo (along with pics!) from our blog post on it the other week: “I found 48 silver half dollars in rolls!”]

Anyway, the real reason for the shout out is I have been buying a large number of wheat penny lots on eBay, usually 10lb lots or 1,500 or so coins. Then reselling what I don’t want, not making money on the reselling but looking rare pennies or upgrades for my book.

So last Friday I received an order in the mail and started the grueling squinting task of looking at 1,500+ wheaties. I was skimming through taking out BU and AU condition coins and setting them aside, and after about 10 minutes or so I grabbed another small handful of coins and looked into my palm.

As I looked, there was something not right.

I rubbed my eyes a couple times, dropped the coins, and started really studying it for about 10 seconds. Then my knees became weak (for real) , my ears started ringing, and I started to gag (also for real).

I proceeded to start running around and screaming as loud as I could like a mad man. My buddy came running over with a look of concern, thinking I was in some kind of trouble. He asked,”What the hell are yelling about?” I just said, “AHHHHHHHHHHHHHHHHH” and took off running again.

So, being fully aware that I need it to be graded and authenticated before I can really celebrate. Here is the “King of Kings” in lincoln wheats! 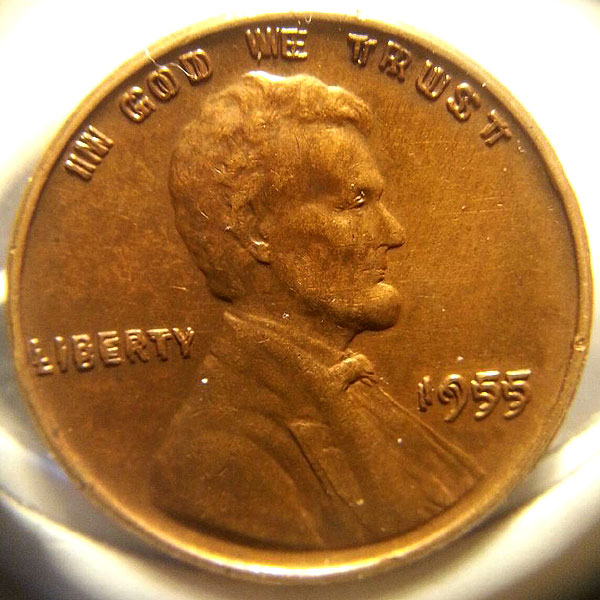 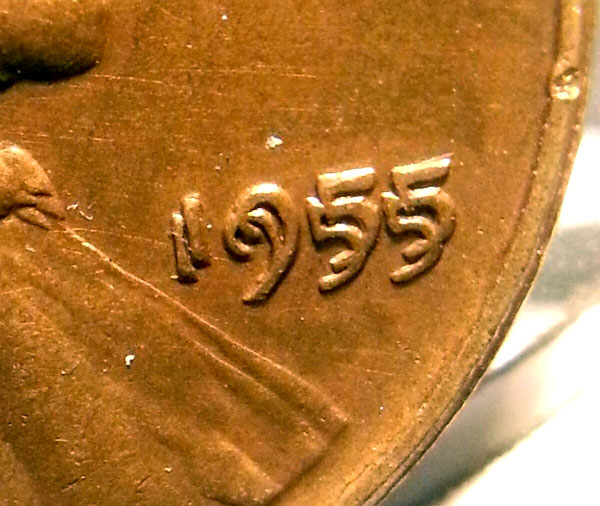 Respectfully,
Brett
One of the luckiest people I know!

So incredibly rare, and even more so in spare change. Here are the values per the Red Book just to give you an idea (based on the condition, of course):

That’s quite a multiple of its original worth :) And also why they are highly counterfeited…

We’ll see what the professionals say once our friend gets back to us here, but either way it’s a helluva find and quite possibly the best one a collector can dream of.

Congrats Brett! Tell us as soon as you know more!!

UPDATE: Just got this: “I talked to my buddy who is a long time coin collector and he looked at the “KING ” and thought it was possibly an AU 58 and he believes it is completely genuine. He will take it to his trusted coin dealer to get it sent in to get authenticated and slabbed. This find will be hard to top, if not impossible!”

UPDATE II: He just got the coin back from PCGS! Here’s the verdict!

——
PS: The doubling effect of the date and legend was caused by improperly prepared dies. You might see some of this in other coinage if you pay close attention, but usually never as prominent as this bad boy here – which is why they’re so sought after! The mistake is right up in your face!

PPS: You can learn more, as well as some interesting trivia on the coin, here: https://en.wikipedia.org/wiki/1955_doubled-die_cent