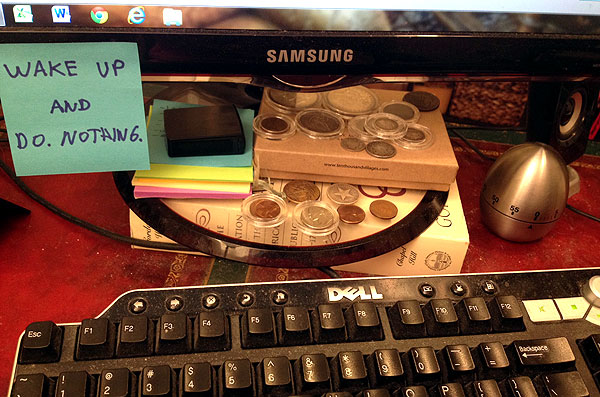 I thought I’d share with you today something else I do with my coins after I pick them up in a trade or buy/etc. I recently blogged about *where* they all go as far as which collection of mine (the “box” vs the “binder”), but before any of my lovelies go into either, I keep them close by on my desk below my computer monitor for a few weeks/months until I’m tired of looking at them :)

This accomplishes a few things:

I’ve been doing this for about a year now, and it’s really given me more of an appreciate for the coins. As well as help break up the work day too when I get side tracked by picking one up and admiring it ;)

Here’s a close-up of the coins I currently have there now: 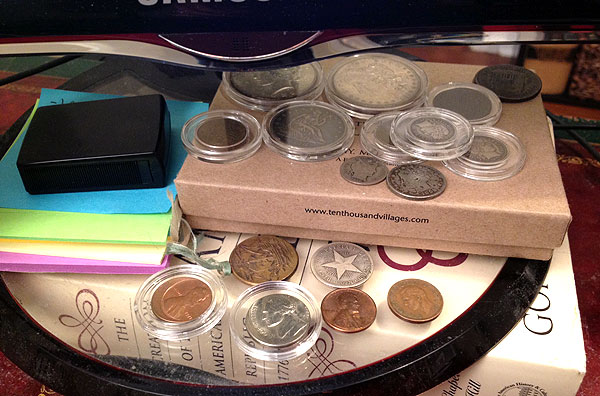 You’ll notice a couple of those error coins I blogged about last week, and I’m about to swap out some of the more older ones on that box with those I blogged about just the other day (the coins from the 1800’s).

Here’s a breakdown of what’s shown in this pic:

And then, here’s a SUPER close-up of these same coins :) 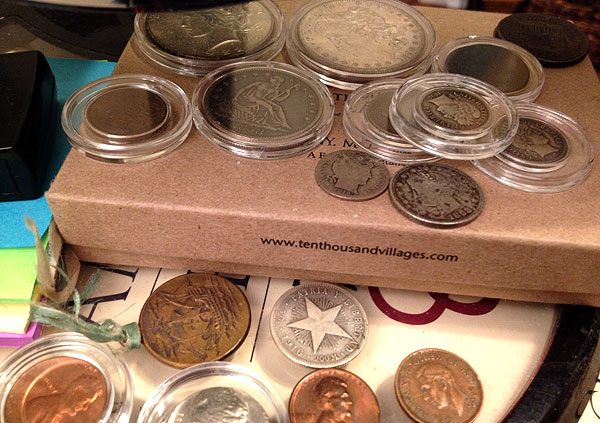 All in all a fun way to appreciate new coins in your collection before they get socked away somewhere and forgotten. And if you happen to be picking up WAY too many coins than your budget allows, well, this should serve as a nice reminder to cut back on that as well ;)

Hope this helps give you some ideas…

—–
PS: That “Wake up and do nothing” sticky note in picture #1? That’s a reference to this brilliant article I read the other week on having your finances automatically working for you so you don’t have to worry about them at any given point in time. And also a reminder for me to continue working on passive income so that I can *physically* choose to do nothing with my time if I wanted to down the road in early retirement. You know, except for coin hunting all day long ;)