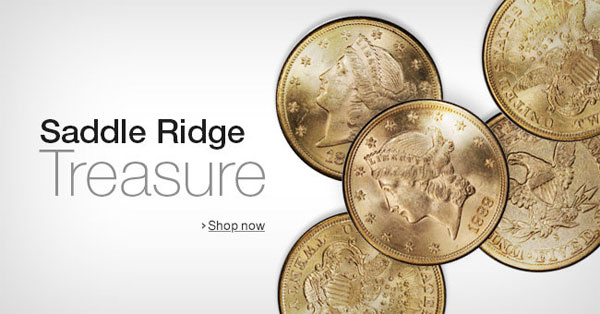 If you’ve been waiting to get your hands on the Saddle Ridge treasure accidentally dug up by that Cali couple walking their dog, now’s your chance :) They’re officially up for sale at Amazon.com, and they’re all a pretty penny! Errr… gold piece?

I did a search from the cheapest one, and looks like these golden bad boys start at  $3,150.00. For a 1879 Liberty Head, With Motto Above Eagle Type-III $20 PCGS XF40. Ouch. I mean, def. a fascinating coin in itself, even without the added fame of the find, but still – that’s a lot of money. And of course makes me want one even MORE now ;)

(I was actually pretty excited when I found out they would be sold on Amazon so I could use up some of my store credit ($300+), but looks like I’m an extra “0” shy of what’s needed – poop)

The funniest part about being on Amazon, though, is this: 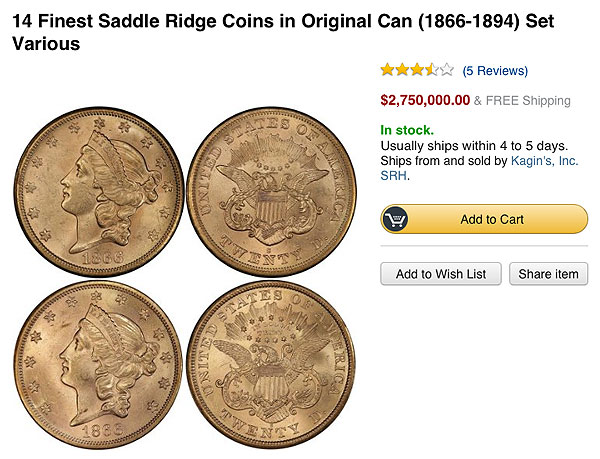 $2.7 MILLION through Amazon! You don’t see that every day!

And, actually, I lied…

The FUNNIEST part here is the comments: 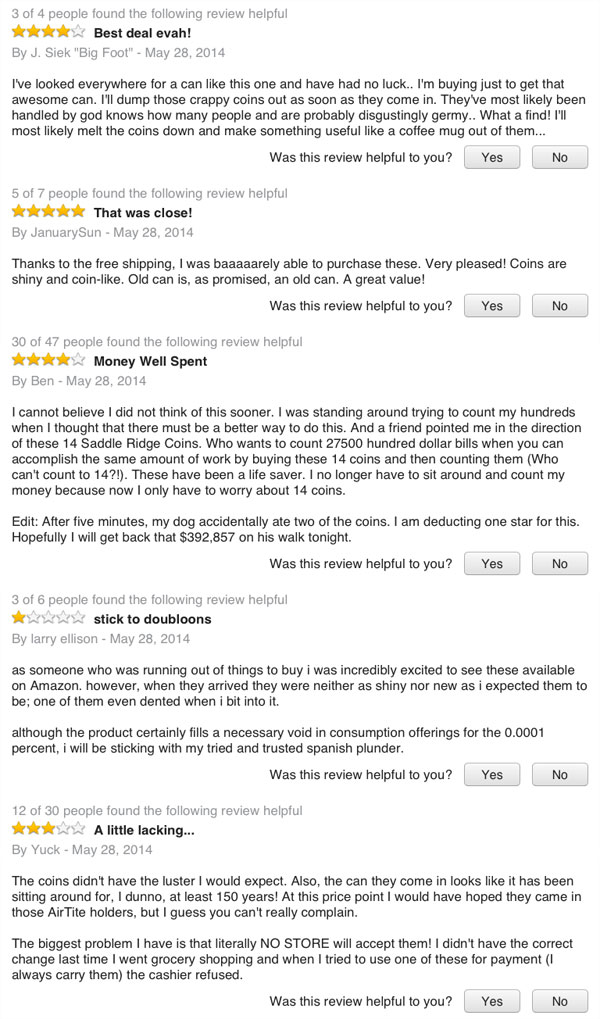 So. If you’ve got $2.7 Million laying around, you can seize this golden opportunity here! Quite literally!

In all honesty though, these are pretty damn good looking. Anyone would be fortunate to own a single coin here, hoard-related or not. And if you’re a gold coin collector the range of these $20 Liberty Heads offered are pretty incredible: XF40 to MS64+, with dates ranging from 1860-1899. All with mottoes above the eagle (“In God We Trust”).

Every purchase also apparently comes with the following:

Kagin’s is the coin shop behind this sale, btw. They’re pretty legit.

Now if only that dog could have sniffed up some smaller coins for us peasants! ;)

——-
PS: The dog actually played a minor role in this whole treasure find – you can read the whole fascinating story here (scroll down a bit)