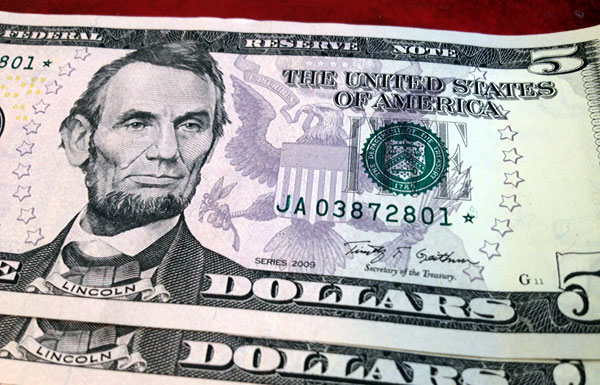 So an interesting thing happened to me the other week: I got my hands on 20 – CONSECUTIVE – five dollar bill star notes :) All crisp as can be, and all for only $100 in trade!

A friend of mine works at a restaurant, and apparently he came across these bills while breaking open a new stack of fives when his shift started. He knew I collected so he saved a handful of them for me. A handful from a group of SIXTY total – can you believe it? 60 consecutive $5.00 bills all with those sexy stars on it – making this the first time I’ve actually owned one. Or, twenty, for that matter ;)

(Fun fact – the other 40 ended up going back into circulation when my friend and his friend gave up on trying to offload them for a profit… Which means they’re still out there somewhere – ack!)

For those not familiar with what these “star notes” are, here’s a quick synopsis from the BEP (Bureau of Engraving and Printing):

Now, I’m not a big modern-day coin/currency collector as I like the older stuff, but I was still pleased to become the new owner of these. They’re not worth *that* much more than regular paper bills (at least the ones I have, you can learn a lot aboutproduction numbers and rarity over at MyCurrencyCollection.com and search your own bills), but they do come with a premium and MANY collectors love them. Especially those in excellent condition and in consecutive order.

Knowing this I’ve been shopping them around a few friends, and just last week I parted with them in a nice trade :) That was fast!! I was first offered $6.00 a piece for them, which, is something. But for only $20 profit I might as well have just held on to them… I was then offered $6.75 a piece, so almost double at $1.75 extra (a $35 profit – and getting warmer), but I still wasn’t convinced.

I then offered something I’d MUCH prefer to have than the extra cash anyways – “Coin Credit.” Instead of $35 or whatever in cash for the bills (on top of the $100 they’re inherently worth) I told him that I’d happily take a credit to his “coin store” instead ;) Aka his coin collection. And to the tune of $50.00 too! So, more for me, but less (cash) for him.

He promptly agreed and the deal was done! People are usually more apt to giving away credit than they are cash, so keep that little nugget of information in your pocket the next time you’re out there swindling ;) As long as you’re happy with getting new coins in your collection instead of cash… But who are we kidding? Of course you want more coins! 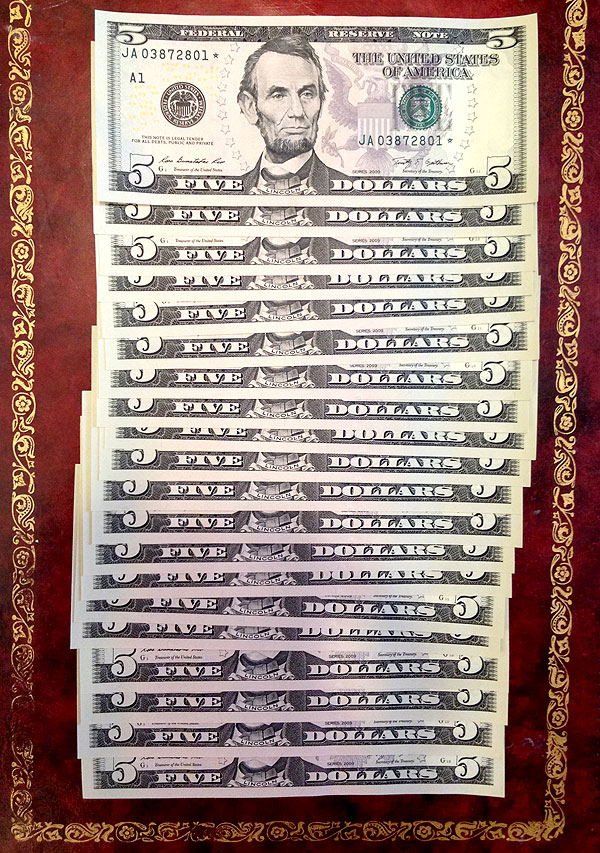