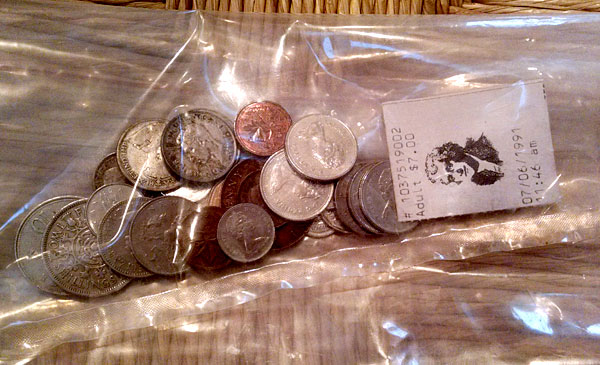 In case you haven’t noticed, I’ve gotten re-energized about my coins and currency lately :)

I had gotten off track for a while, focusing on the wrong things and forgetting to have fun, and now that I’ve had some time to stop and reflect a bit I’ve been able to appreciate things again.

And one thing I’ve realized over the past few weeks is that I have bags FULL of coins and currency in the back of my safe that I have still yet to comb through and check out! It’s always natural to want more, of course, but we should at least be appreciating the stuff we already have too, right? And that’s something I really need to work on going forward…

So today I thought we’d change this and start looking into all these awesome packages people have sent me over the past years and documenting them here on this blog :)

I honestly can’t remember what’s in a lot of them, but I LOVE seeing all the different containers they come in, and then just pouring out the contents and eagerly awaiting the treasures within… I don’t recall anything too valuable in them, but it’ll be a fun process to go through no less.

(And it’ll also help me get re-organized again and figure out what I’d like to keep, what I should donate to other collectors, and what would be good to save for future trades… There’s only so much room in my “special collection” so I need to get back into the habit of having a system again. I refuse to be a hoarder!)

Now let’s get this party started! 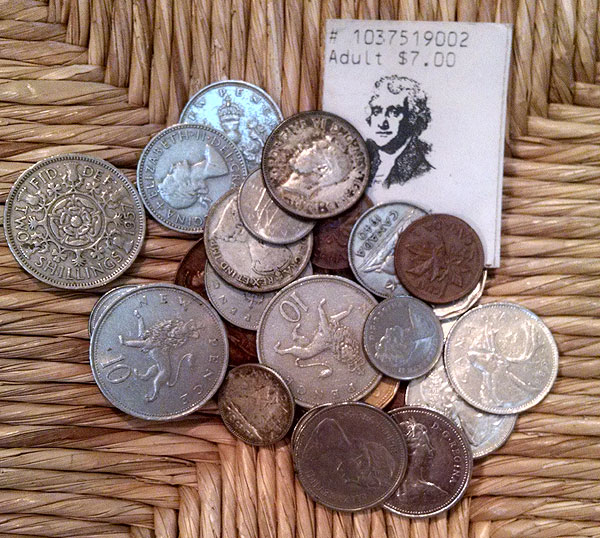 This was given to me by a family member of my wife’s who surprised me with it upon a visit. She had it stored for years and when she found out I was a collector seemed pretty excited to get rid of it, haha… and I was pretty excited to become its new owner! :)

Here’s what the bag contained:

And a ticket stub to a movie/play? :)

Here’s a closer shot at the older Canadian silver coins: 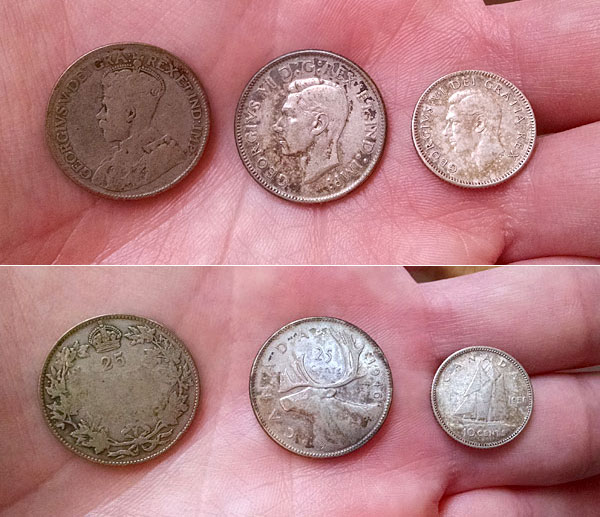 So nothing too valuable in terms of worth (the silver coins are a few dollars) but now I have $2.54 excluding the silver to blow anytime I’m next in Canada ;)

These are actually two really good things to watch for when coming across foreign coins – looking for *silver* coins and then if the currency is still being used today.

Depending on how much of either you can get your hands on, it can really add up. And again since no one ever knows/cares anything about foreign coins, you typically get them super cheap or for free. Like from family members who know you collect :)

[Note: I keep a few baby jars around to sort all these easily. That way whenever I do visit a country, or want to cash them in or give to someone else visiting the country, I know exactly where everything is!]

Here were some of the British coins I thought looked cool:

And that wraps up package #1! I haven’t counted how many I exactly have at the back of that safe, but I feel like there’s a cool half-dozen or so at least hiding in there… Ranging from other foreign coins to foreign currency, random U.S. coins, and all kinds of other items I’ve forgotten about over the years.

And perhaps something you should try out with your own collections too? We wouldn’t hate you for digging them up and divulging what you found in the comments below :)