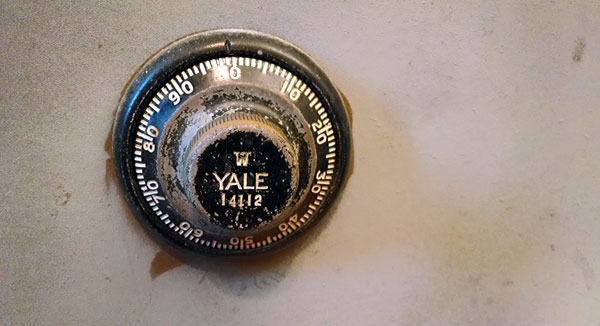 Finally got around to snapping some pics of my new safe I picked up :) I wasn’t really in the market for one as I already have a safe I use for important paperwork and my special collection of coins, but a friend of mine really wanted to offload it and I thought it would make for a good decoration piece.

And boy does it! It may be the heaviest piece of metal I’ve ever lifted in my life, but man does it make for a nice addition to my office. It not only allows me to store some of my coins within reaching distance to me now, but it serves as a mini coffee table for magazines and such as well. And after a few weks I started to appreciate the boring color and “character” wear on it as well ;) Well worth the $100 now that I’ve had time to play with it and make it useful.

After further research I found out these “Meilink” combination safes have quite the price tag on them too – ranging from $200-$400 on eBay even those these bad boys are decades and decades old! My friend said this one was made in the 50’s or 60’s and they “don’t make them like that anymore…” So on top if it all turns out I have a nice antique as well ;)

Here’s a full picture of it: 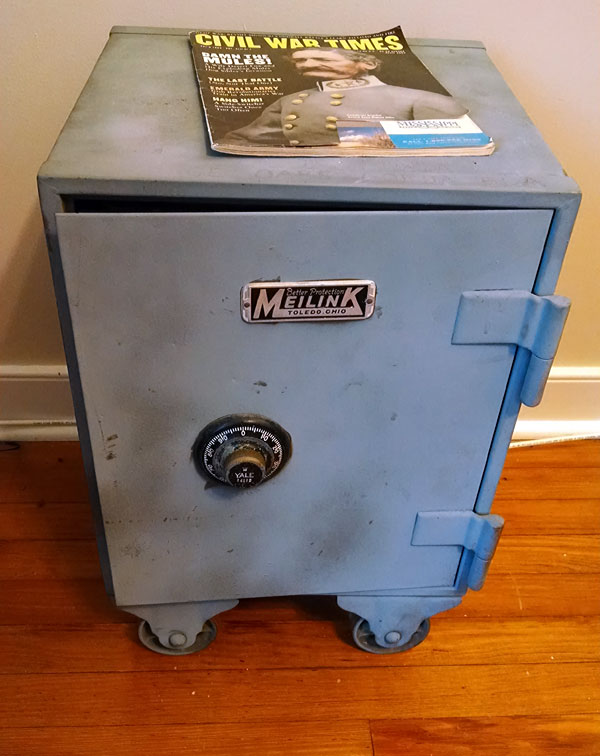 And here’s what’s inside currently:

Here’s a pic of the inside: 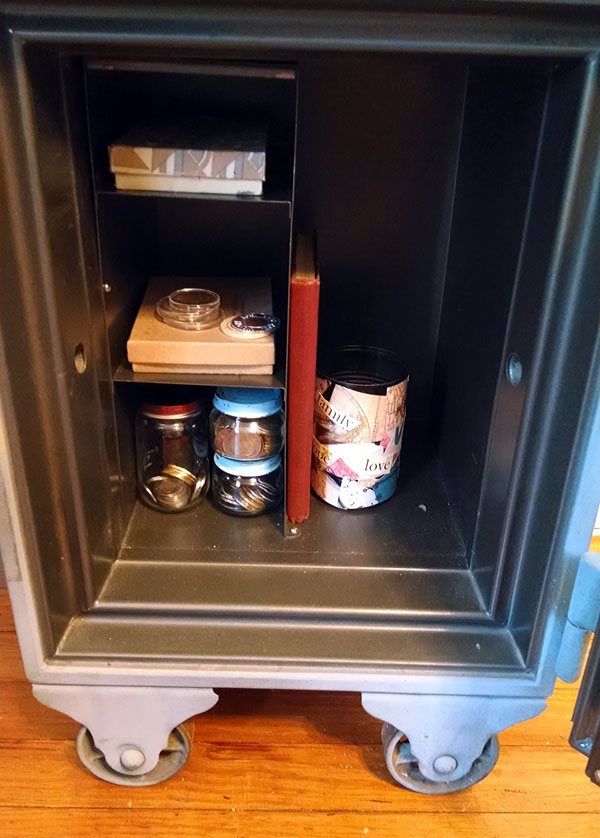 I love those industrial strength wheels at the bottom, haha… though they move horizontally instead of forward and backwards for some reason? Wonder what the reason for that was. Maybe to keep the safe flush w/out taking up much more room?

It also has a pretty cool manufacturer label affixed too:

Fireproof and insulated – gotta like that! And you’ve already seen the cool Yale combo nob pictured there at the top… It definitely screams OLD :)

Anyways, thought y’all would get a kick out of it… Feels much more appropriate for my old coins than a safe made in the 2000’s by Wal-Mart, haha… And I bet it’s much more sturdier too!

Happy collecting out there… 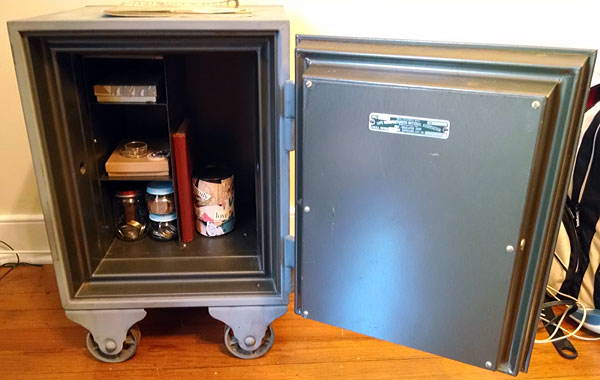