Hey guys! Got another great “9 Questions” for you today – this one coming all the way from Australia :) Fellow collector Simon stopped by today to drop some knowledge on pennies and other Australian coins he collects.

If you’d like to be a featured collector on this site, just click here and submit over your answers. Always fun to learn about other people’s collections and interests!

I own two Australian 2014 Centenary of the Victoria Cross $10 copper coins. These bad boys weigh almost 100 grams and quadrupled in value after they sold out from $100 + $12 postage to $400-$500 on eBay. (Purchase from the mint was by ballot system so whether or not you could buy the coin was down to luck)

My obsession began with my 1947 Australian Florin. I found it in a drawer when I was bored one day and immediately became curious about coins and obviously their value. 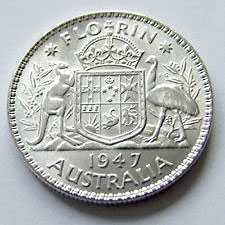 By far the Australian 1972 5 cent coin. While most Australian 5 cent coins have mintages of 100 million plus, the 1972 has a meager mintage of 8 million. Due to this collectors pay around $10-$15 on eBay. I swapped one out of pocket change and found another in someone’s pocket while doing the laundry! Pretty good return for a 5 cent coin!

My best bargains were back in my childhood days when I traded coins with mates at the school canteen to finish my collections. Still got those coins and nowadays they are almost impossible to find!

Not so far but unfortunately some people will do anything for a dodgy dollar so I am always wary.

I personally like Australian 50 cent coins due to the vast amount of commemorative issues and challenges in obtaining them all (There’s about 30-40). I currently own them all except one which is the most recent issue which I haven’t been able to track down.

Be patient when collecting coins. Good things come to those who wait and believe me you will have many enjoyable coin collecting experiences down the track.

The Australian 1930 Penny. Its called “The King of Australian Coins” and its worth around $30,000 in average condition. Its proof version rarely changes hands but when it does it commands values of over $1,000,000. 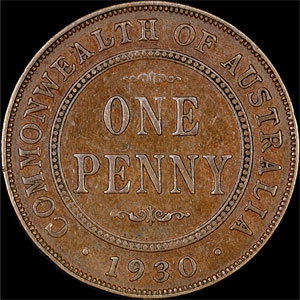 Simon lives in Australia, New South Wales and has been collecting Australian coins for around 3 years. So far he’s been able to collect over 1,000 coins from over 25 countries and is always looking forward to wherever the hobby takes him.

Want to read more interviews? Click here.
Want to be the next person featured? Answer our 9 questions and we’ll make it happen!