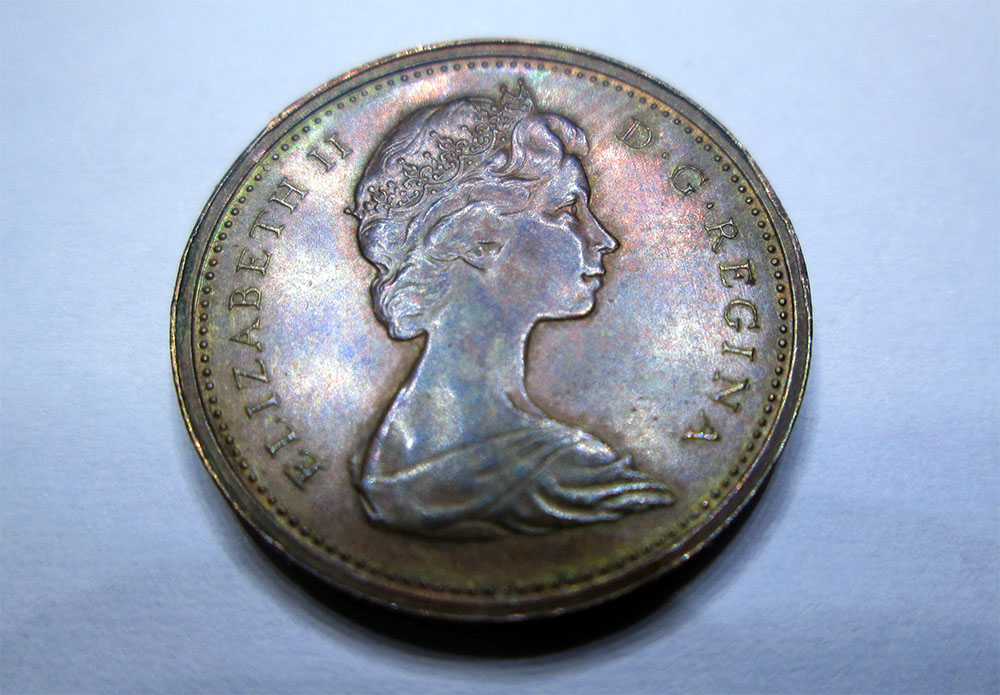 Hey y’all! it’s been a while, eh? Still collecting over there? Get anything new or juicy lately?

While I’ve been quite on the blog front here, I’ve definitely been anything but in the background. I recently started helping people liquidate their unwanted collections again (Best. Job. Ever.), and I gotta say – I’ve been thoroughly enjoying every last second of it :) You never know what you’ll find in these boxes people mail over, and the last one there were a total of *9* Carson City Morgan Dollars in there!! Along with socks full of silver dimes and quarters! SOCKS! Haha…

But more on all that later, as today I wanted to pass along an interesting note I recently received from a guy trying to figure out what exactly he’s got here… I’ve never seen anything like it before, but maybe one of you have? Please do share in the comments if so as we’re both stumped!

Here’s what he wrote in:

“Hi, I have a penny that has a perfectly stamped Queen Elizabeth II on one side but on the other it looks like another penny got in the way of the stamp and there is an outline of the queen (recognizable but not perfectly clear) and a date (also faded) of 19 and nothing else. The edges are raised and are not marked on this side – otherwise nothing else is stamped on it. Any idea if it is worth anything or not?”

And here was my response to him *before* I saw the pictures of it:

If it’s a mint error – which by your description it seems like it could be? – then oh yeah, it’s def. worth something :) If it’s something done by a regular person though outside of the mint, then no – it’s not.

Here’s a good page that talks about the different types of errors that can happen with mints… It’s U.S. based, but the same errors can happen all across the world: Mint-made errors

Best bet would be to stop by a local coin dealer – or even better, a local coin club! – and get an expert opinion on it. They’d be able to tell you pretty easily usually just by looking at it. Or you could snap a few pics of it and email some dealers as well if that’s easier for you. If you can determine it’s indeed a mint error, and you know what *kind* of error it is, then it’ll be much easier to value, even looking for comparable pieces on Ebay.

But yeah man – sounds like an interesting coin you have there! Would love to see a picture of it if you don’t mind sending one over :)

And as you see, sent over he did!

Here are a bunch of angles of it to give you a better idea… It’s an older Canadian Penny with a fine obverse, but a most fascinating reverse! 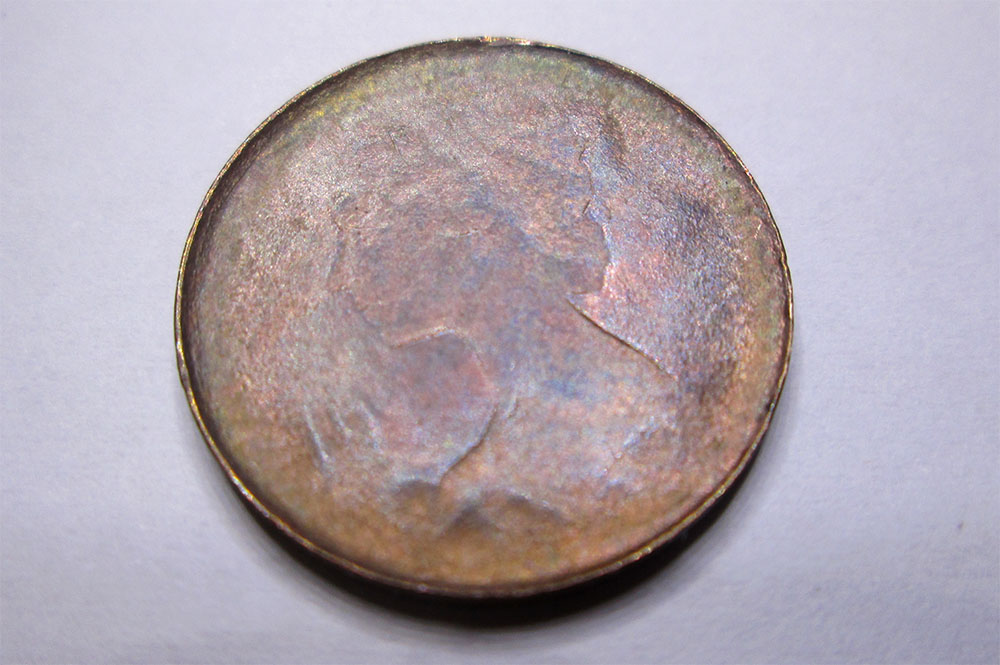 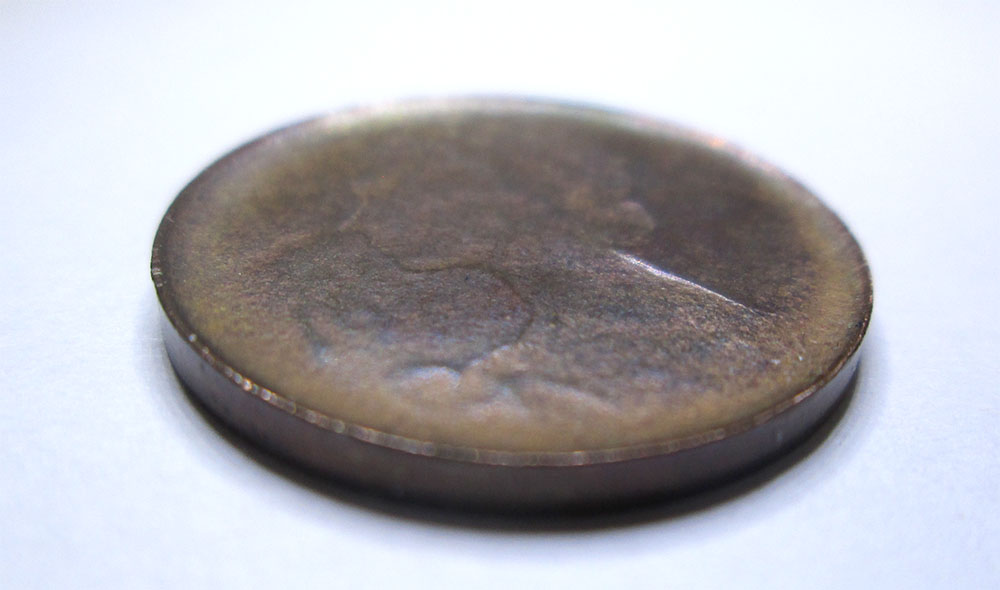 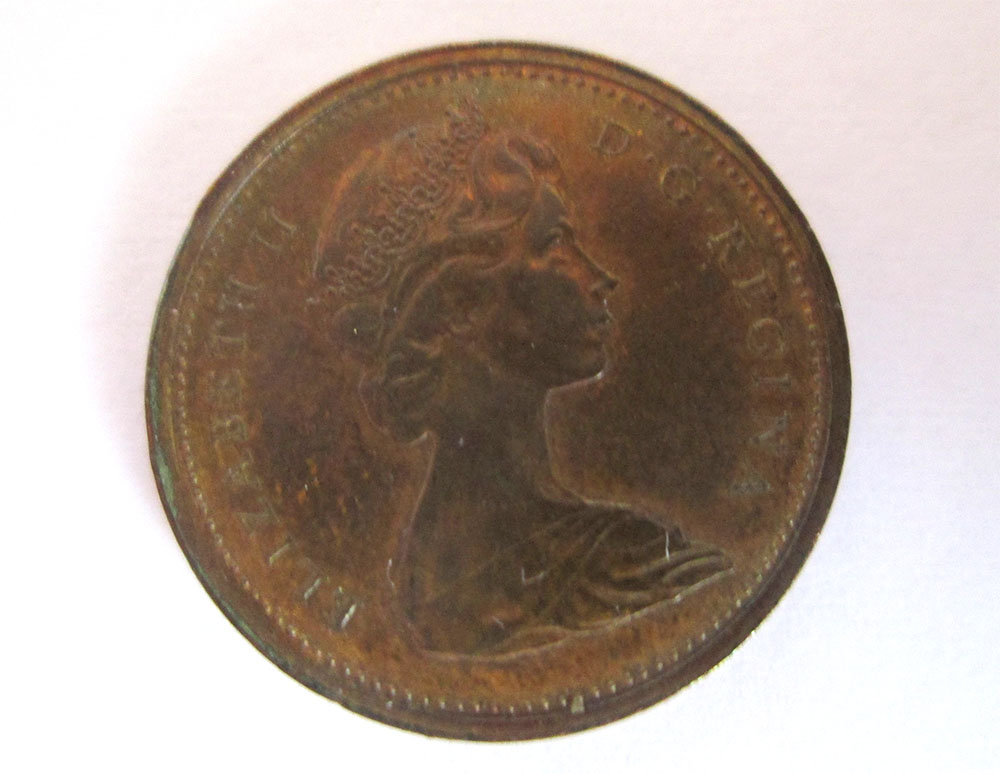 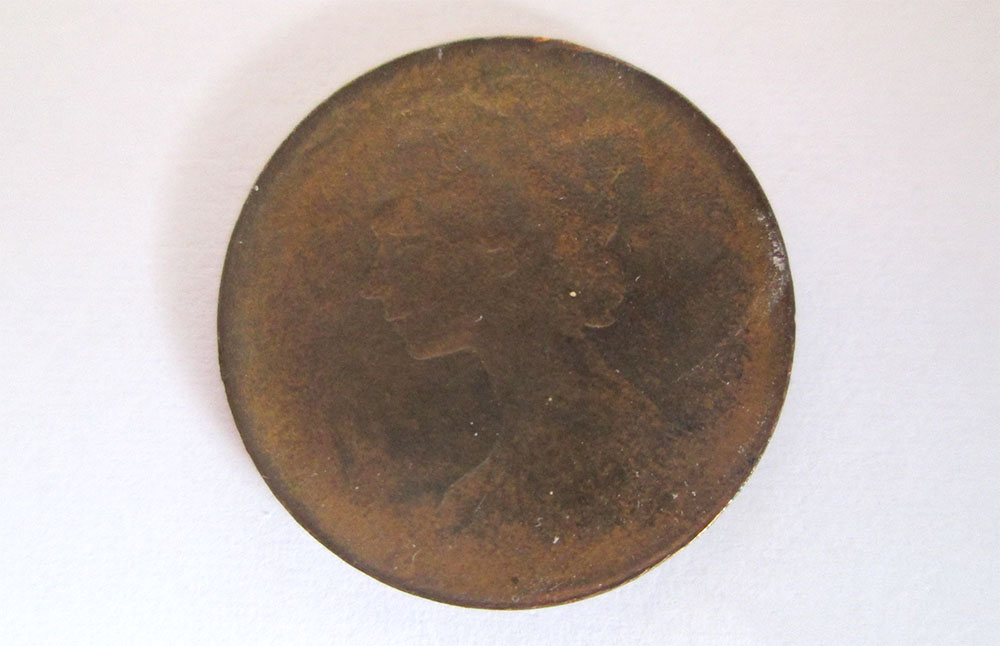 Anyone have any ideas on what could be happening here? Anyone ever see – or own – a coin similar to this?

I’ll keep you posted with what either of us finds out, but it’s another reminder yet again to keep those eyes open as you never know what you’ll find in your change!! Especially if you’re out in Canada apparently! :)

UPDATE: It’s actually a *Canadian* penny and not British which I originally assumed… oops!