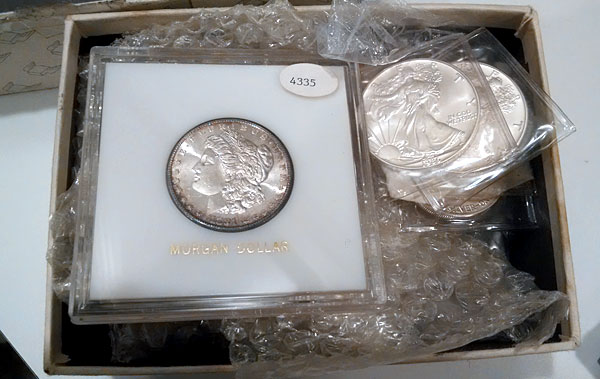 One of the most exciting things in the world of collecting, which I’m sure you can attest to, is when someone tells you they have a stash of coins hidden away they’d like you to take a look at :) And even more so when they tell you they’re kept in a vault at the bank!!!

This was exactly the case the other day when my father, after 35 years of knowing him, sprung this surprise on me and handed over a box stuffed with coins he had purchased in the mid-1980’s. He was always testing out different investment ideas back then, and at some point figured coins would be a smart way to diversify his holdings. So he ordered a handful of Morgan dollars and silver eagles off the back of some catalog (the olden days – hah!) and then promptly sat on them for over 30 years.

Now, for whatever reason, he was curious as to how much they were worth  – particularly because he was sure he had gotten ripped off all those years ago? – and wanted to know if I’d be the man for the job.

Who am I to turn down such a splendid thrill? What an honor!

So I turned around and did what every good novice collector does – take them to my local coin club and have the experts help me out ;) I tried to grade and value them myself first, of course, but sadly grading is the least of my skills and I wanted to make sure my father got as accurate an evaluation as possible. so after I got the “official” grades from my veteran friends, I made sure to pepper them with all sorts of questions so that I could learn in the process.

If you don’t belong to a local club yourself, I highly encourage it. People are so NICE and helpful there! And have decades of experience! 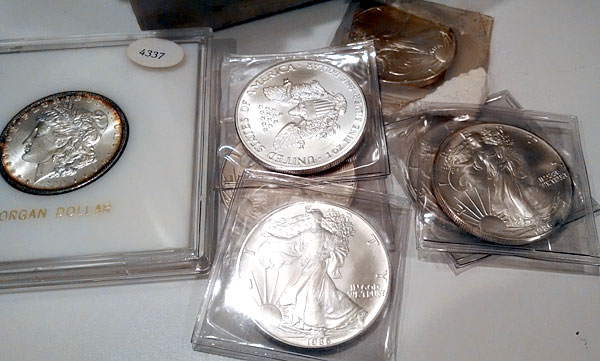 Here was everything inside of the box:

And then here was the grades & values of the coins by my fellow colleagues:

So a total amount of $620. I’m not sure how much my father paid for these back in the day, but I’m willing to bet they’re worth more now :) Though there is inflation to consider…

After learning this my father then asked if I wanted to help sell them so they could invest the profits in stocks instead (a much smarter move, if you ask my opinion. I love me some coins but they’re not exactly the best investments return-wise or time-wise!)

So that’s where we stand at this current moment… I’ve already had some interest from some of my friends who helped grade them, and I have another collector friend who’s helped me off load some of my own coins in the past. So between all of that I’m pretty sure I can liquidate them for my dad. And of course I might have to pick one of them up myself just for sentimental sake.

Pretty exciting times over here to say the least!

More pics of some of the Morgans: 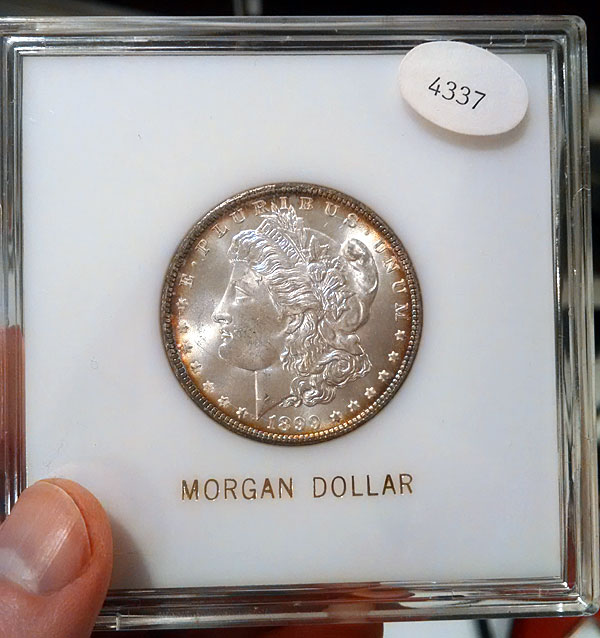 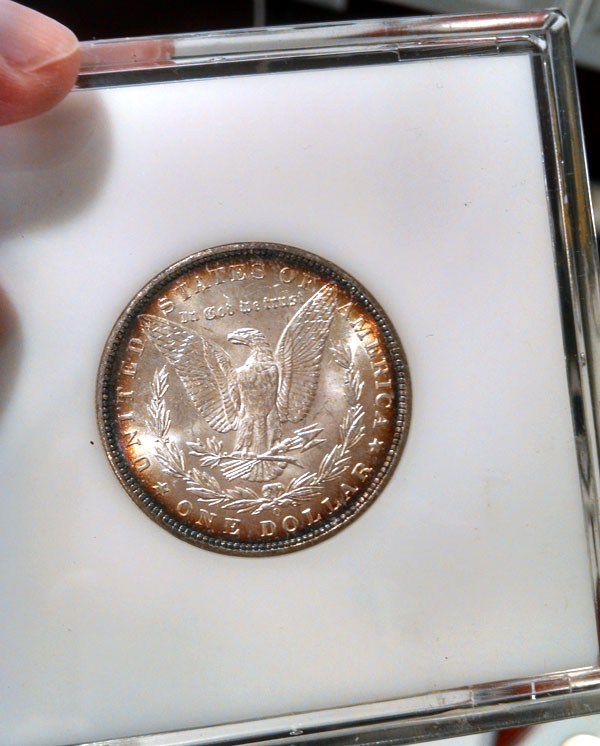 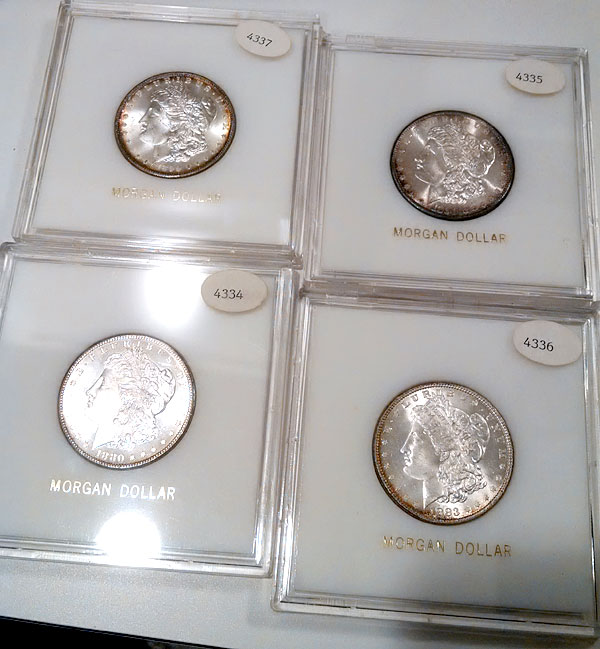 PS: I originally feared these toning elements was RUST, since my father had picked them up when we were living in Hawaii (much different climate there!), but fortunately this turned out not to be the case :) And what beautiful packaging, right?