One of my favorite things about collecting, besides the coins themselves, are the people and history behind them.  There’s a reason columns such as “coin finds” (in Coins magazine) had to double their page space recently – people enjoy hearing the adventures of coin collectors! We love hearing the crazy stories and finds of theirs, and we secretly hope they’ll happen to us too ;)

So one of the things I’d like to make a constant on this blog is featuring other collectors out there and learning about their journeys as well. And since I’m the only one who reads this blog at the current time, haha…, I thought I’d kick off the series here myself.

Here are the 9 questions:

If you’re interested in being featured here too, answer these questions yourself and then let me know! Bonus points for sending me pics too (though not required).

#1. What’s your favorite coin in your collection? 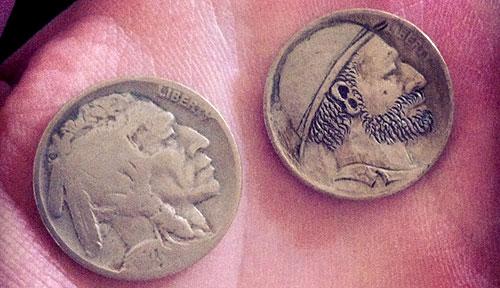 A “hobo nickel” I inherited from my grandparents before they passed (pictured on the right). I wish I had known about it while they were alive so I could have asked where they found this awesome work of art (as you can see, it was carved out of an old buffalo nickel, such as the one featured on the left), but sadly I never got the chance to. I did, however, have it authenticated by a hobo nickel specialist at my very first coin show I attended, and while he told me I should keep it if it’s sentimental to me (it is), he did offer me $150 for it ;) Saying he’d probably value it around $250 since it’s an original from many years ago, compared to the more modern versions you see today. Even better!

(Quick tip: make sure to see a specialist when valuing a coin that’s odd or different than the mainstream – not all collectors know the values of them and/or care. The 1st guy I took this to said he’d never seen such a thing before, and the next guy offered me $5 bucks saying they were “a dime a dozen.”)

#2. How did you get started collecting?

I grew up going to yard sales and antique shops with my mother so have always appreciated old things, but it wasn’t until I inherited my grandparents small collection that really piqued my interest. Which included that hobo nickel above, along w/ a handful of Morgan dollars and some Walking Liberty halves among other foreign and interesting coins. But it wasn’t until I met a fellow collector at a flea market two years ago when I REALLY got addicted to the hobby. I started picking off a few coins of his every other weekend, and we eventually became friends and I started devouring every magazine and book I could find on the subject. And now here we are with my very own dedicated website on ’em! Haha… Funny how life happens.

A Kennedy half dollar with a cross engraved on his head! (And, a dollar sign engraved on the bird’s bottom feathers?) I was searching through a roll of halves I got from the bank, and the second I saw it I was both scared AND excited at the same time :) I can’t find any info on it whatsoever – maybe it was just random? – but it’s one of my favorite coins in my collection.

#4. What was the most you’ve ever spent on a coin? 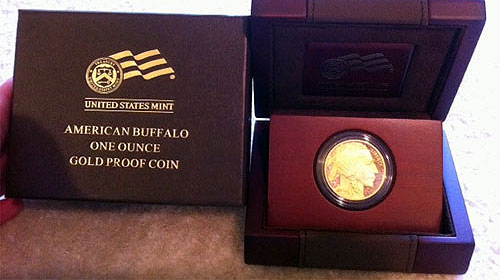 I have two for you, good sir. And, oddly enough, neither are specifically coins! The first was an accidental find at a yard sale (always the most interesting), and the 2nd was a pure luck one at an online auction. Here’s how they went down:

Best Bargain #1: About 4 years ago, before I even knew about coins or what the heck I was even doing, I stumbled across a yard sale selling mostly kids stuff… looking through a bag of toy coins cuz money had always been interesting to me, and when I noticed it was super heavy I found …. had found it in a bag of toy coins for like 25 cents, and when I questioned the seller about it I could tell she just wanted to get rid of it so I bought it and went on my merry way. Later I came to find out it was indeed an oz of silver. Which I got for 25 cents :) (I think at the time silver was worth $13ish?). 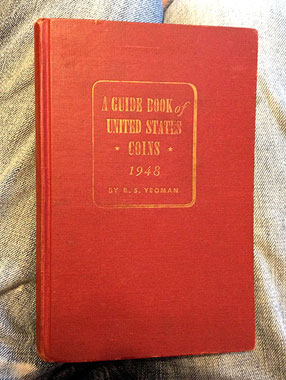 Best Bargain #2: The other bargain that I got was with my 2nd edition Red Book which I picked up for only 19 cents! I had randomly come across it in an online book auction while bored one night, and placed a $20 or so max on it just to see what would happen (I had known they could be worth up to a few hundred because there’s a list of them in the back of all modern Red Books, but I had no idea I’d actually win it!). The next morning I get an alert that not only was I the highest bidder, but the ransom owed was a mere 19 cents. WOW.

TIP: Always look for coins and coin books in non-coin related auctions! Best way to find deals because you don’t have hundreds of collectors competing with you! (Nor experts who know how to price them right)

#6. Have you ever been ripped off?

Yes, of course! Quite literally too :) The nice thing though is that I’m still fairly new to the collecting game, so I’m not plopping down large amounts of cash quite yet. On the other hand, I get taken advantage of a LOT more than usual since I don’t know exactly what I’m doing yet…

The one main time I recall getting ripped off was when I picked up a 1923 large-sized $1.00 Silver Certificate at a museum’s gift shop (mistake #1 – you always over pay!), only to find out weeks later when examining it that it had rips on it AND was taped all over! How the hell did I miss that before buying it?? I would have totally picked out a different bill in the display case instead (again – had no idea what I was doing!).

#7. What’s your favorite type of coin to collect?

Old U.S. coins! Preferably from the 1700-1800s, though I don’t discriminate much :) I’m also starting to appreciate old foreign coins too… I find them much more elegant than most of ours.

#8. What’s one piece of advice you could share with us today?

Keep your eyes open for items that don’t belong where they are when looking for deals. Yes, the Red Book above is most definitely a “book” and therefore belongs in a book auction, but it wasn’t an auction based on, or marketed to, coin people. It was geared towards old book lovers. Similar to bargain find #1 too. That weird silver looking thing was a “coin” just like the others in that toy bag, but it was way out of sorts and normal people (aka adults) wouldn’t pay it two thoughts. You don’t always get lucky searching for deals this way (or else I’d have 1,500 other bargains to share with you! ;)) but it’s a good habit to get into. The ol’ “look where the others aren’t” idea.

#9. If you could own one coin in the entire world, which would it be?

(My 2nd favorite coin, btw, which is *actually* achievable, is a Saint-Gaudens gold double eagle from the early 1900’s. Still one of the most beautiful coins I’ve ever laid eyes on.)

Want to be the next collector featured here?

Shoot me your answers to the same 7 questions above, along with any pictures you’d like to include, and we’ll add you up next :) It doesn’t matter if you’re a long-term collector, newbie, casual observer, or even a coin dealer. We’d love to read your stories!

Email me directly at j(at)cointhrill(dot)com, or by using the contact form here.