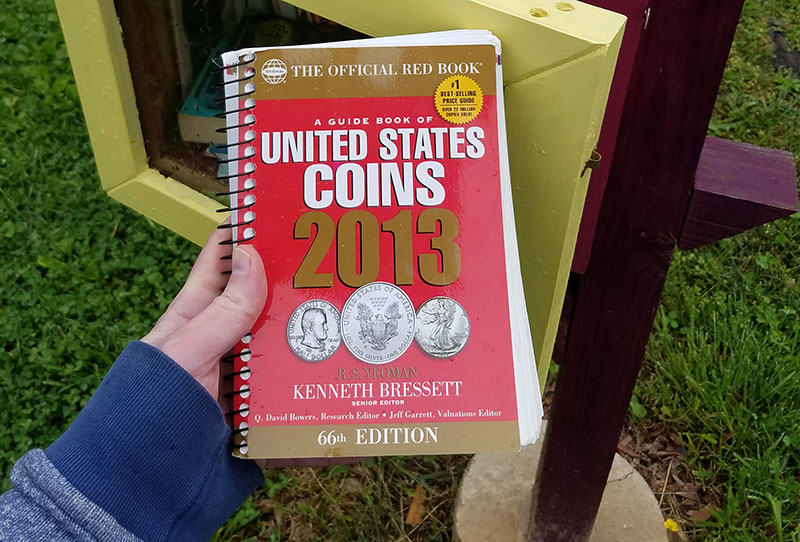 In a fit of decluttering recently, I came across 6 old red books of mine which I’ve religiously kept since the dawn of my collecting (i.e. Summer of 2012).

I initially thought they’d never be pried away from my hands as I tend to obsess about stuff I love, but it quickly became apparent that not only are they literally just sitting on my bookshelves collecting dust, but if I truly want to become the minimalist I envision myself being down the road, a good challenge would be to find new homes for these guys where they could also help out other collectors as well. Particularly, newer collectors who don’t care as much about the year of the edition and are just getting started in the hobby.

Because after all, while the values may change a little here and there depending on the type of coin and demand, the rest of the book serves as a valuable resource! Probably why so many of us hold onto them for so long. (But surely one copy is enough ;))

So instead of hoarding all this knowledge on my bookshelves going forward, I’ve decided to put them back into the world in hopes they continue exciting other budding collectors as well. And I’ve found four ways to do so that have felt GREAT so far.

Maybe it’s worth considering yourself?

#1. Donate them to your local coin club

If there’s one place who could best put these books to use, it’s your local coin club. Many of them participate in events around town educating the community about the hobby, as well as partnering up with other civic organizations like the Boys Scouts, and even if there’s no desperate need for them it never hurts to keep extra copies around to help keep their libraries stocked for their members. Not everyone has the means to continually update their books every year!

#2. Sell them at your club’s auctions

Another option that benefits your coin club, as well as your wallet!, would be to simply sell your old red books at the next auction that comes up. This not only keeps it “in the family”, but also earns both you and your club some extra cash (since the club gets commissions from sales), as well as hooking up your fellow members with a great deal.  I sold one just last week through our auction for only $4.00 – over half off the sticker price!

#3. Donate them to your local library

Another idea is to donate your old coin books – both red books and elsewise – directly to your town’s library. Most of them don’t have any books around the coin hobby, and if they do they’re severely outdated, so offering up such resources to all those who pass through there would serve immensely helpful. It’s the gift that keeps giving! :)

(I’ve also heard that some people will subscribe libraries to yearly subscriptions to the ANA so they get monthly coin magazines as well, which is even more generous)

#4. Donate them to thrift stores

Similar to the library idea, most thrift stores don’t have anything relating to coin collecting either, and you might get a young guy super interested in it simply by accidentally coming across it. Or even an older guy/gal who’s been sitting on a long forgotten collection that awakens him! And depending on how you file your taxes, you may get a tiny write-off as well – hah.

#5. Donate them to Tiny Libraries! 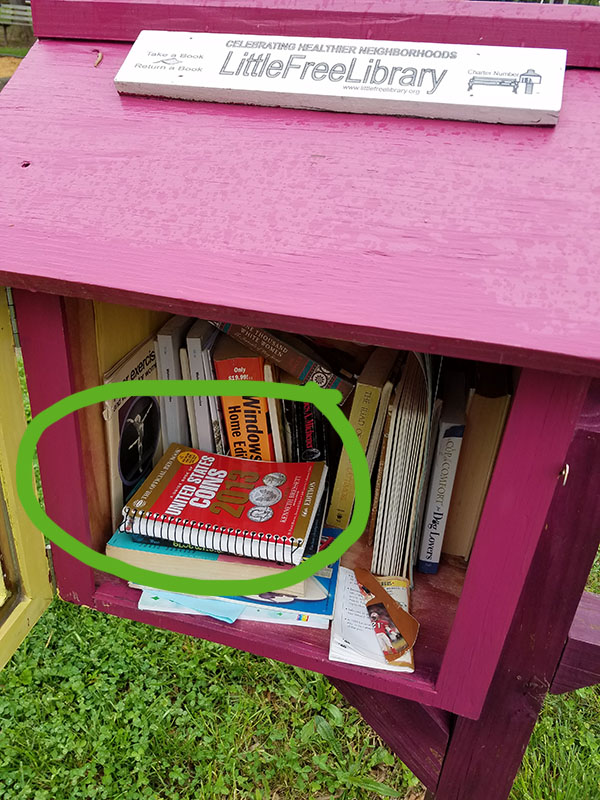 Okay, this might be the most fun of ideas ;) And as you can tell from the pic – I was quick to implement this one, haha…  What’s a tiny library?

A Little Free Library is a “take a book, return a book” free book exchange. They come in many shapes and sizes, but the most common version is a small wooden box of books. Anyone may take a book or bring a book to share.

Not every town has one (you can search the map here), but those which do adds a little flair to their community, as well as a clever way to pass the love of reading around.

I chose to donate one of my red books to the tiny library closest to a school in hopes of encouraging a youngin’ to pick it up and see what he finds. And 48 hours later when I went back it was gone! Mission accomplished! 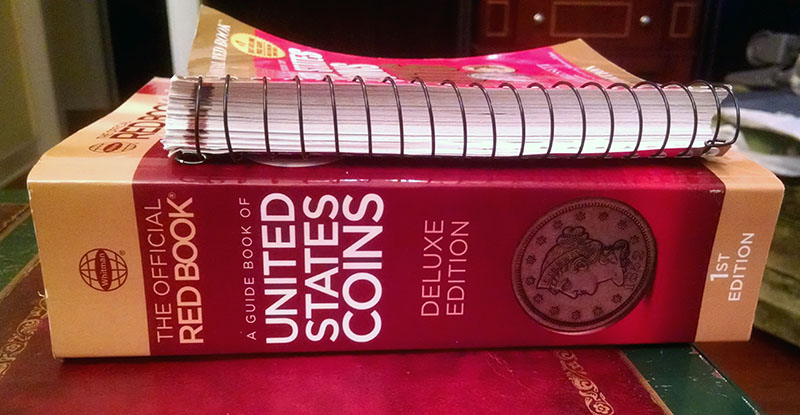 These things are HUGE! And heavy as bowling balls too.

But of course, collecting dust on the floor is just as bad as on the shelves, so probably best to hand these Mega Reds off in one of the previous 5 manners as well :)

Though they DO make for much heftier resources for your own personal library. They mix the beauty of the coin valuing guides WITH the coin grading ones, as well as throwing in hundreds of pages of research on top. A great book to own, although again one copy is more than enough.

So there you have it! If you’re not shooting for a complete red book collection on top of all your other collections going on (people do that, btw! It’s a thing!), it’s well worth considering passing some of your copies around and spreading the love of the hobby more.

The tidier bookshelves are just a bonus :)

NOTE: I did not give away my 1947 2nd edition red book throughout this process ;)  That one’s worth around $150 and just waiting for the right person to take it off my hands before I ruin it! I don’t know how rare book collectors do it… They’re so hard to keep safe.

NOTE II: Don’t even have one copy of a red book? Pick one up so you can step up your game! They’re not accurate as far as what you can expect to get in return for selling your coins (they provide “retail” values, which make for great ballparks), but you can learn a TON from them. As well as quickly determine whether you have a rare coin on your hands or not. Get one from Amazon for around $10.00, or head to your local library or coin club and see if you get lucky ;) (All links to amazon here are affiliate links fyi)