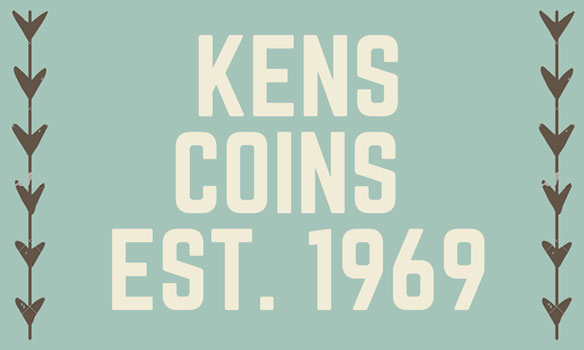 (Hey guys! Got an awesome guest post for you today from my new friend – and coin dealer – Jesse Gernigin. We’ve been emailing back and forth a bit, and when I asked if he’d ever be willing to share what it’s like to own your own shop (something I’m sure we’ve all dreamed about at some point!) he was kind enough to oblige. Hope you enjoy this as much as I did!)

Hey Coin Thrill readers, I’m Jesse Gernigin and I own and run Ken’s Coins – a coin, gold and estate shop in East Alton Illinois. I bought the shop four years ago. I purchased the shop from the owner’s assistant. The owner died twenty years prior to my purchase. The original Ken of Ken’s Coins left the shop to his assistant. She did a less than stellar job running the business.

When I learned it was for sale I saw an opportunity. Ken’s Coins has serviced the greater St. Louis area since 1969. In the midwest length has weight. I decided to purchase the shop and have been running it since.

How I got started in coins

People wonder how I got started in coins. My start in the coin world was at an auction. I was at an auction to buy a futon for college when I saw a couple of silver dollars (Morgans). Out of curiosity I bought one. I paid $14 (this was way before the silver spike). I loved it. A passion was born.

My collection started with the classics. I tried to build a Morgan dollar collection. I learned building a Morgan set on a college budget wouldn’t work. I asked a local dealer what would be easier to collect. He suggested dimes. I didn’t like dimes (still don’t). He suggested Franklin Halves. He showed me a few. I loved them.

My trade got me into the gold market right before its meteoric rise. I made enough money with the rise in gold value I was able to buy Ken’s Coins. That’s how I came to own a coin shop with no debt.

“What’s it like to own a coin shop? Do you keep the best stuff for yourself? Do you actually make money?”

Owning a coin shop is a blast. I learned more my first year than I had my entire college career. Running Ken’s Coins is like getting PHD’s in negotiating, pricing, valuation and patience. Every day I am presented with challenges and opportunities.

I started my shop when gold and silver were at an all time high. I learned the importance of cash on hand. I had a customer come in with over $30,000 in gold. He wanted to sell. He felt I should give him 97% of its value because of how much he had. I refused him. I know I could have bought the coins and melted them for a quick profit ($900). The catch was that it took three days to have the gold melted, get the check and then have the check clear. I didn’t take the deal because I didn’t want to be without money. The next day a customer with a nice collection of silver type coins came in. She told me, ‘I tried to take it to ‘X’ dealer but he just bought a bunch of gold and didn’t have any money.’ I made over $1,000 on the deal and I only spent $2,500 (much better than giving away $30,000 to make $900).

Owning a shop is about three things

Coin guys dream about owning a shop. They think it is all about community, coins and going to shows. It isn’t. Owning a shop is about three things:

Do I make money? A coin shop is an old world pre-internet business. You would think the internet and Ebay would do away with profit margins. You’d be wrong. Collectors, good collectors, aren’t interested in cheap prices (that’s not to say a good deal isn’t appreciated). 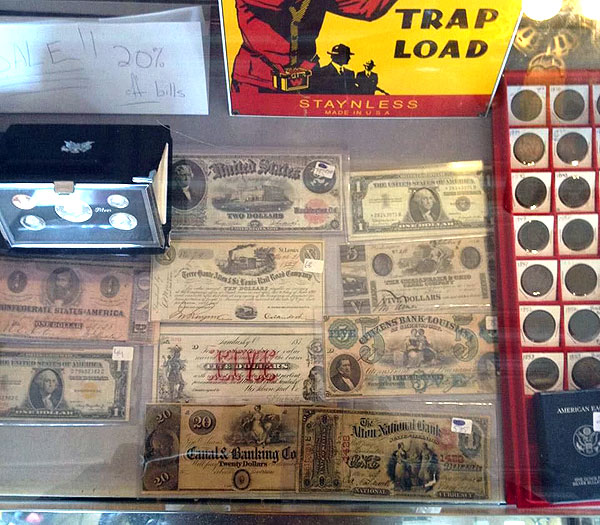 Coin collecting is a hobby that focuses on two things

Where does my money come from?

This is a tough question. Every year there are four seasons. Each season brings different interests and challenges. The spring season is tax time. I end up buying a lot of valuable stuff from people raising money to pay excess taxes. The summer season brings in tourists, pickers and out of town collectors. This is my least favorite season. The advent of antiquing television (American Pickers, Storage Wars, etc) has given rise to dickering over things priced incredibly well. The winter season brings in jewelry and the fall season gets a little of everything.

The one thing that makes me money is having cash on hand. I keep a thousand dollars in the shop but also have access to greater funds nearby at my bank. Being able to buy an entire collection, whether it is ten thousand Morgan dollars or a hundred NGC graded AU draped bust half dollars enables me to be able to deal with any level and volume of customer. I get large sales simply because I am the only dealer in the area that has the cash to handle them.

I have been called every bad name you can think of. I have been threatened by drug users, been offered sexual favors for money, had every scam you can think of ran by me, been robbed, held up and so much more. Two of my favorite stories involve the people who came in.

My first year of being open I had a woman call. She wanted to sell me her silver rings. She said they were ‘poisoner rings’. A poisoner ring is a ring with a secret slide that opens up to dump a small trace of lethal powder into food or drink. I reasoned the rings were fake. I told her to come down because people can surprise you.

When she came in the shop I was struck dumb. She had a capuchin. A capuchin is a primate (think small monkey). The capuchin was sitting on her shoulder and staring at me. It stunk. 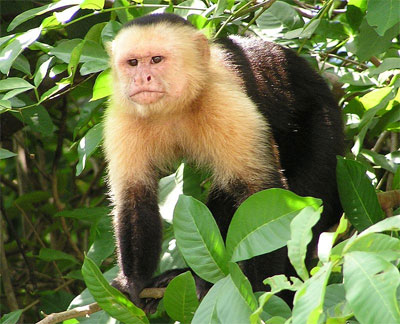 The moment she walked in I could smell the monkey across the room. What was worse was the woman was an addict. You could see where the heroin had leached all of the vitamin C from her teeth leaving them ragged and rotten. I had a woman in my shop who was an obvious addict trying to sell me poisoner rings while carting around a capuchin on her shoulder. It was a crazy experience. I didn’t end up buying the rings (which were replicas) but she did sell me two ounces in gold rings for melt.

The second crazy experience I had was when gold was high. I purchased the shop and after three months our next guy came in. He knocked and motioned for me to open the door for him. Our door works on a buzzer. I buzzed the door and ran over to let him in. He thanked me and joined me at my counter to put down what he was holding. He had eight round tubes. I looked and saw each tube was filled with $20 gold Liberty Heads. He had walked from car to shop holding eight tubes of gold coins, each tube holding 20 coins. He had carried 160 $20 Liberty gold coins into my shop. He had no idea what they were worth!

He wanted to sell them. He needed, ‘To get rid of these. I know they are worth more than $20 but i’m not sure how much. Will you buy them?’ This wasn’t a set up where the news went undercover to bust me. The guy had a quarter million dollars in gold coins and he had no idea what they were worth. I ended up brokering his collection for a percentage and also converting his gold into silver to avoid paying taxes.

I’ve had other weird things happen. I’ve bought slave badges and Mason stuff. I bought a haunted penny that caused all the glass in my cases to break one night (I watched the video from that night and it is amazing. One second all the glass is fine and the next second it all breaks at the same moment). I’ve bought Tiffany Glass and Hitler’s private goods. I’ve bought rare first editions and so much more.

The day to day of owning a shop can be crazy fun or crazy boring. Today while working on this article I had a guy come in to sell a $10 Indian gold coin and a bunch of Morgan dollars. Yesterday not a single person or order came in.

I’ll close this article with a question I get asked a lot:

“If you could go back in time to right before you bought this shop and you were able to transfer everything you know now into your past self would you buy the shop again?”

Yes I would. I love coins. I love buying and selling and learning and I’ve had such an amazing experience owning and running Ken’s Coins I wouldn’t trade it for anything in the world.

Have a question for Ken? Drop it in the comments below!