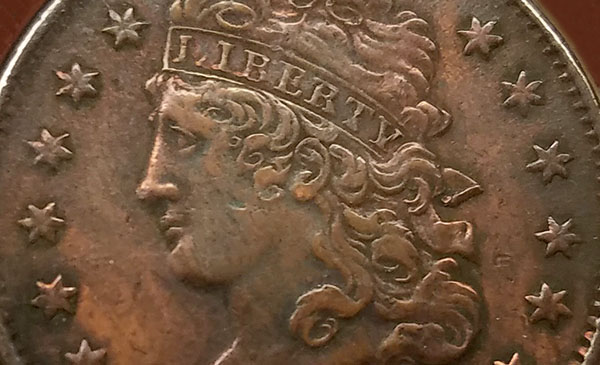 Did a trade the other day I thought you’d find interesting :)

I had picked up this 1835 “Classic Head” half cent years ago when I first started collecting and didn’t know what the heck I was doing (“buy the book before the coin,” right?) and finally after multiple attempts I was able to find her a new home – woo!

I don’t know about you – but keeping coins that remind me of my past mistakes just drive me crazy. So I was more than happy to move on from this one even though I was going to take a bath in it and lost about $90 when all was said and done.

In exchange, however, I picked up a pretty cool “Fanam” (Fanum?) coin from 18th century India (made of gold!!) that I’d never seen before, as well as some extra cash to help top off my “coin fund” :)

Here are pics and info on both:

Look at that obverse (front) – so pretty and detailed right?? That’s what sold me on it three years ago, so much so that I subconsciously avoided the blatant cleaning on the reverse, d’oh. The picture doesn’t capture it that well, but it shines brighter than the sun and obviously drops it in value pretty substantially. But hey – you live and you learn, right?

Still, it’s a nice piece of 1800’s American coinage, and one day I’d like to replace it with a better  – uncleaned – specimen to re-join my collection. Our coins were so beautiful back in the day, weren’t they? And how neat that we used to have half-cents?

(Here’s a link to all the posts we’ve done with “odd” denominations if you want to see other interesting ones out there: http://cointhrill.com/category/odderror/ ) 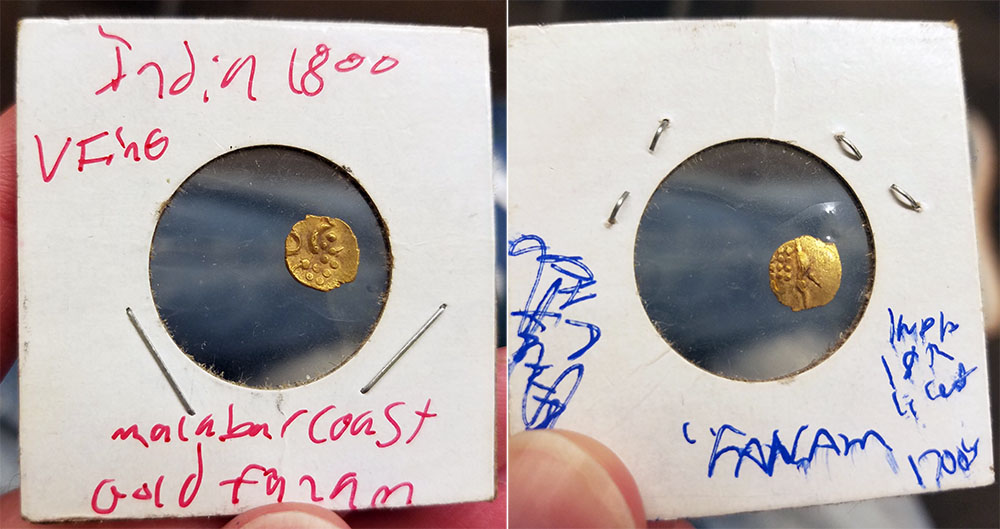 (Excuse all the markings, haha… I’ve since taken the coin out of the ugly packaging and encased it in a clear plastic air-tite holder, my storage of choice :))

As I alluded to above, I had no idea what these coins were, but the second I saw them in my friend’s collection I knew I wanted to get one :)

Most of the ones he had were flatter and rounder, but this one stood out as it was more detailed and *concave* which I thought was pretty unique.  I later looked it up and found this little ditty on them from the American Journal of Numismatics, Volume 50:

“Fanum. A word probably corrupted from Panam by Europeans. A name given to both gold and silver coins which are common in the southern part of India. The gold Fanum is a minute coin circulating in Travancore and on the Malabar Coast.”

Neat, right? And boy is this coin minute! As you can see in those pictures up there it is tiiiiiny… More so than that 1 1/2 pence coin from Great Britain we blogged about here the other year!

Here’s a close up of the sides so you can see the symbols: 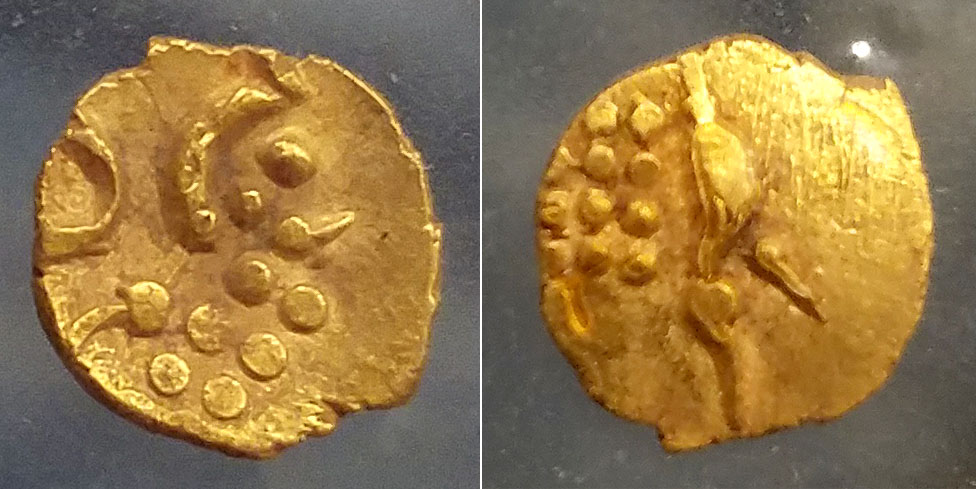 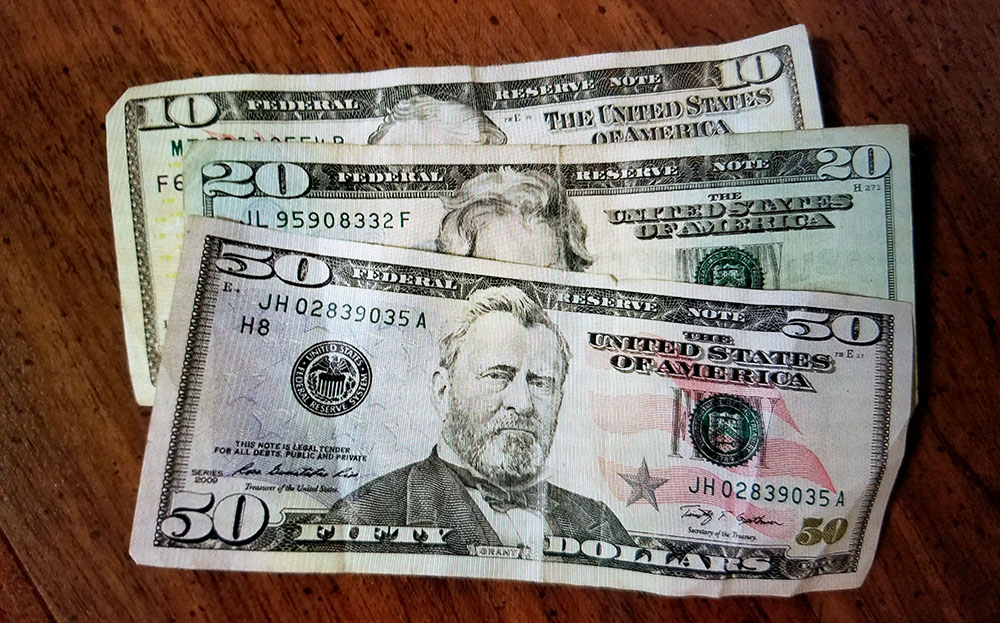 These beautiful specimens originate from…. haha just kidding. You know what it is – cash money!

But if the picture looks kinda weird/”digital” to you, it’s because I took a picture of the actual picture of the bills on my computer in order to trick Photoshop into letting me edit it :) They are getting good at recognizing images with money in it to thwart would be criminals, but they’re no match for this blogger so far! Haha… Always some work around you can do.

Hope you enjoyed the article :)

Anyone else do some interesting trading recently? Anyone else want to fess up to making stupid purchases early in their collecting career?