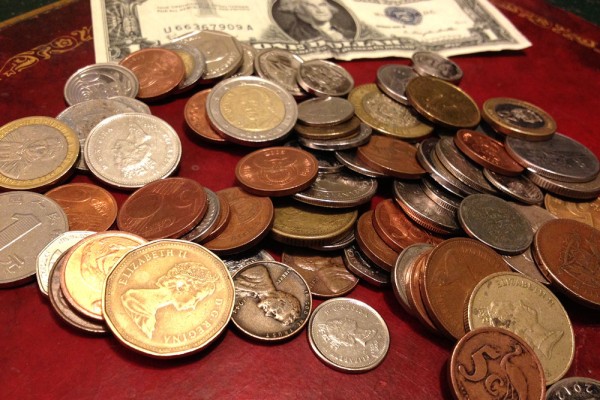 I recently got a kick-ass package in the mail from a fellow blogger (and bank teller!), Ben from The Wealth Gospel. I had known he was sending me something since he had emailed me a few weeks back, but I thought at most it would be 4-5 coins. Not 75! Happy birthday to me! :)

I spent a good hour or two sorting through them all (as any of you fine folks would do), and here’s everything we’ve got:

(Sadly I already had those penny slots filled in my Blue Book, but they’re still fun!) 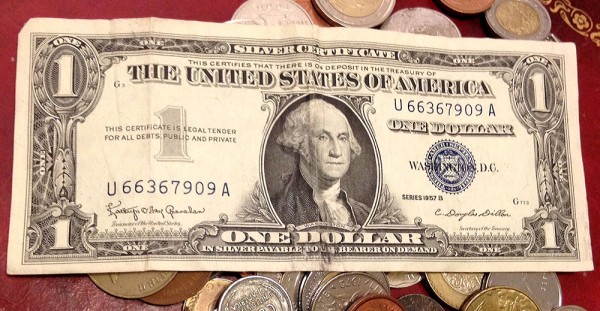 All Other Foreign Coins:

These are the guys who stole my attention, in order of my favorites: 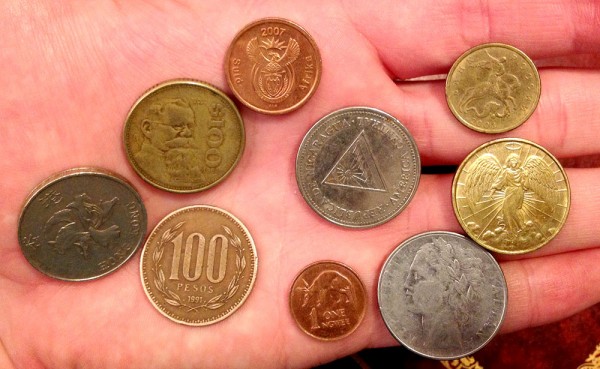 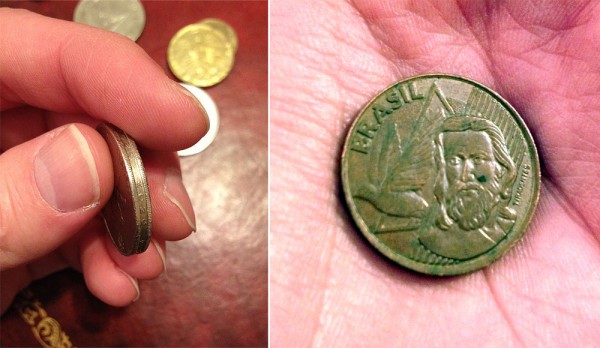 [You can see those thick reeded edges and groove of that Hong Kong 5 Dollars there on the left, and then we have the Brazilian “Jesus” coin on the right ;)]

This Collector is Happy.

There weren’t any surprise treasures here (I think the most valuable (non-modern) coin was worth $1.00?) but any time you receive a box of coins in the mail it kinda doesn’t matter WHAT’S in there ;) Half the joy is just opening it up and researching what you’ve got! So many thanks again, Ben. You officially made this collector very happy, indeed. I shall keep a few of these and then pass the rest to other deserving homes…

Stay tuned for our next post! Hopefully I’ll get another package in the mail to salivate over…