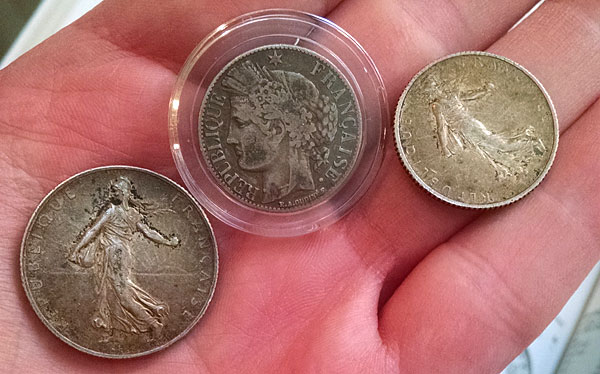 The safe pillaging moves on!

This time around I find three long lost Francs in the back of my safe dating from the late 1800’s and early 1900’s… I’m not sure why I separated them out from the package they came in, but they sure are pretty to look at! Something about “vintage” and “France” that just go so well together :) I swear we need to bring this beauty back into our own coins again!

Here are the quick details on them:

The backstory on Francs are rather interesting too. Here’s a quick tease from Wikipedia:

“The first franc was a gold coin introduced in 1360 to pay the Ransom of King John II of France. This coin secured the king’s freedom and showed him on a richly decorated horse… John II, however, was not able to strike enough francs to pay his ransom and he voluntarily returned to English captivity. John II died as a prisoner in England and his son, Charles V was left to pick up the pieces.”

Here’s a close up of the coins… 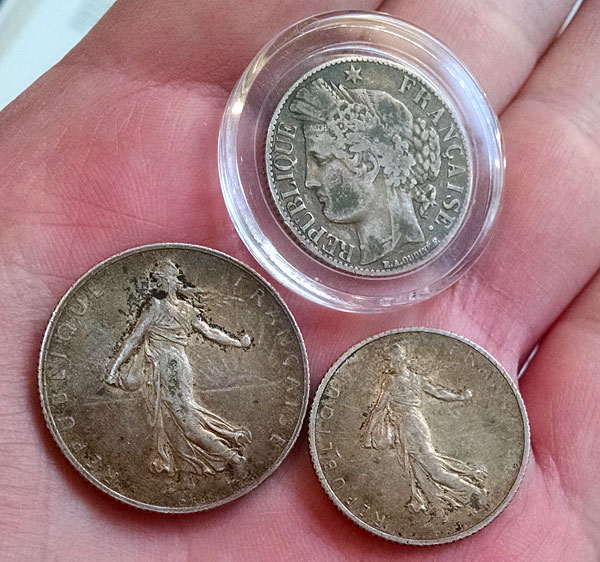 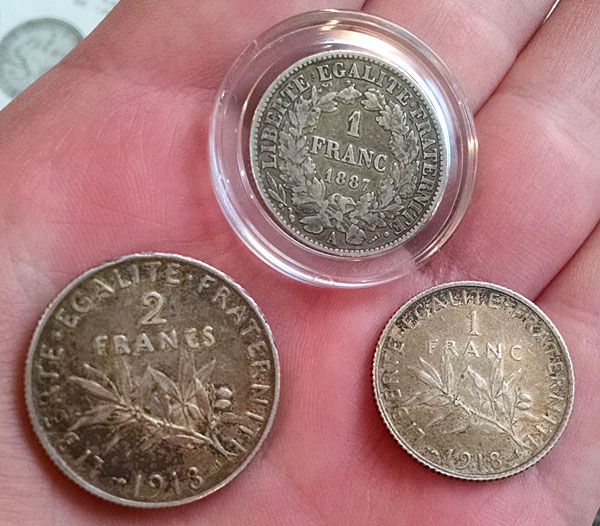 Back next with another batch of coins!

A lot of these are going to be foreign since they’re mostly what people send me, but I do have a stack of photos from when I offloaded a hoard of old silver US coins last year too and they’re pretty damn awesome… It would have been even more awesome had the coins belonged to ME, but I did get a nice commission on them so can’t complain too much ;)